2 July 2022
Sport represents strength and endurance - values that ring true to us as a brand. We’ve enjoyed a long association with sports that reflect New Zealand’s rich cultural heritage, including polo, ocean racing, and rugby union.

It takes guts to build a sporting legacy, and we admire the athletes who are at the top of their game. The quiet achievers. The ones who are unwilling to take shortcuts. The ones that hear the naysayers and do it anyway. 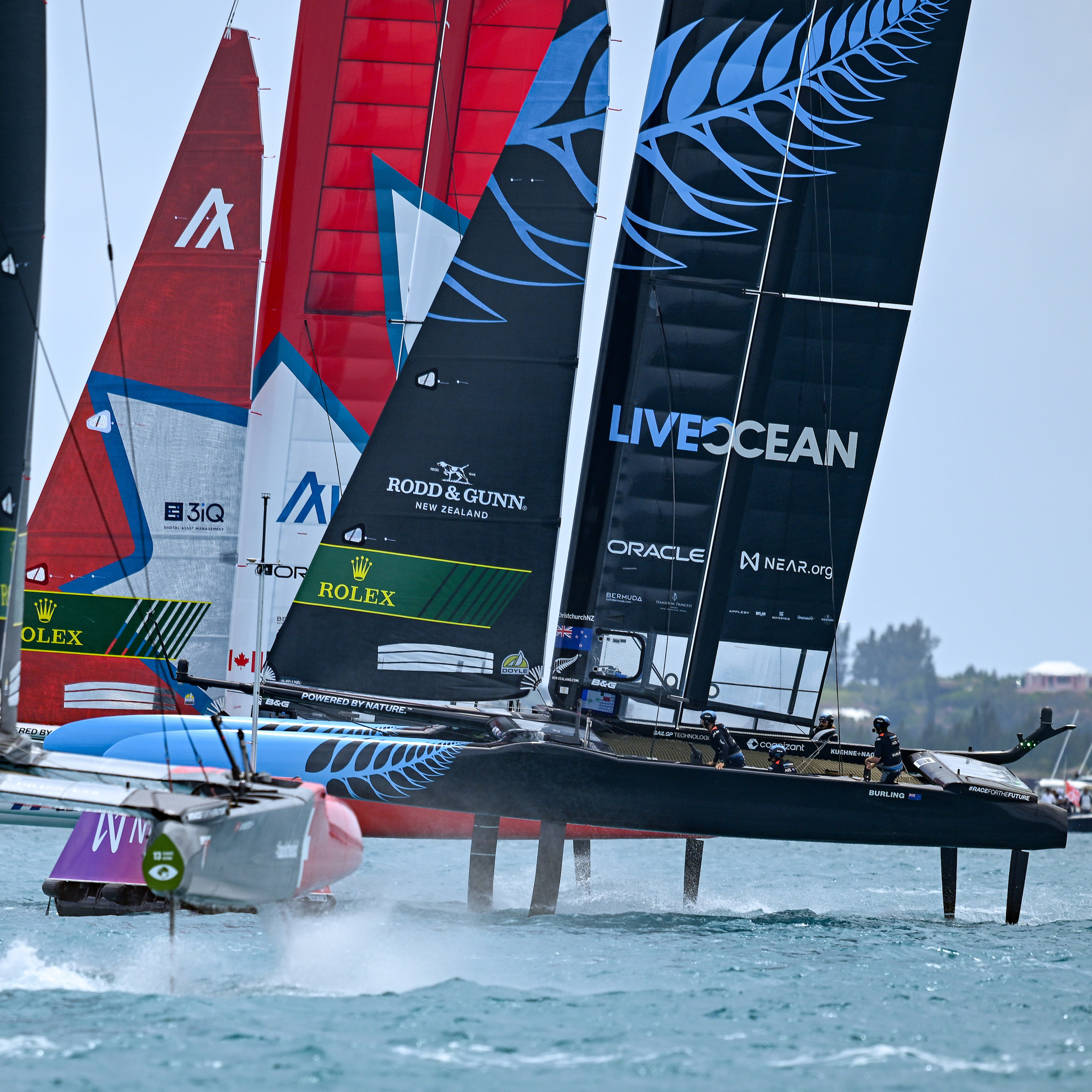 The four-year collaboration will see Rodd & Gunn create the team’s travel, formal and leisurewear, plus develop a bespoke merchandise range available for fans to purchase.

Founded in Aotearoa in 1946, Rodd & Gunn has become one of New Zealand’s best-known international brands. With their enduring focus on quality and sustainability, combined with the brand’s legacy of Kiwi sporting associations, Rodd & Gunn is the tailor-made fit to join the New Zealand SailGP Team racing for a better future.

New Zealand SailGPTeam co-CEO Blair Tuke says, “The team is thrilled to welcome Rodd & Gunn into the family and have them alongside us as we compete on the world stage. As a loved New Zealand brand, we admire Rodd & Gunn’s longstanding legacy of producing quality clothing.”

Rodd & Gunn has enjoyed a long relationship with co-CEOs of the New Zealand SailGP Team, Blair Tuke and Peter Burling. The highly decorated duo were proudly supported by the brand in their silver medal campaign at the London 2012 Olympics, and their gold medal winning performances at the 2013 Youth America’s Cup in San Francisco and the Rio 2016 Olympic Games. Rodd & Gunn are delighted to be able to build on this existing partnership.

Rodd & Gunn CEO Mike Beagley says, “We are incredibly proud to join forces with the New Zealand SailGP Team, with the goal of supporting the Kiwi athletes in the upcoming SailGP season, whilst showcasing New Zealand to the world.

“We are proud champions of sport and share the same qualities of strength, endurance and determination. Rodd & Gunn believe in winning on the world stage as do the entire New Zealand SailGP Team and together we look forward to a successful, sustainable, and long-term partnership.”

Caring for the natural environment is etched into Rodd & Gunn’s psyche and they have long strived to ensure their clothes don’t compromise it, by finding ways to minimise waste and investing in water-saving technology, renewable energy, and chemical-free processes.

With the SailGP Season 3 kicking off this weekend at the Bermuda Sail Grand Prix presented by Hamilton Princess, the New Zealand SailGP Team’s F50 catamaran will proudly display Rodd & Gunn on its wing.